Schools that rely on lucrative games against major-conference teams have major holes in their budgets after the Big Ten and Pac-12 called off games. The Pacific-12 Conference will not play non-conference athletic events including football this fall. Christian Pulisic is leading a class of young talents breaking out since the Premier League restarted in June. The NHL and Its Canadian Playoff Extravaganza

If everything goes according to the NHL’s restart plan, the Stanley Cup Finals will be held the last week of September at Rogers Place in Edmonton. 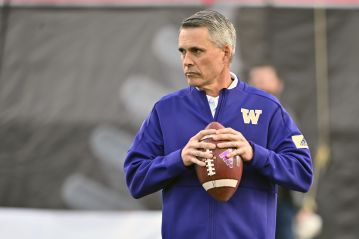 Chris Petersen: The College Football Coach Who Walked Away

As school athletics struggle to prepare for the coming season, former University of Washington football coach Chris Petersen readies for an entirely new role on campus.

Hail to the Sadness Machine!

The Kids Are All Fried

After a springtime of Zoom school, they’ve earned a summer of ice cream and water balloons.

Baseball’s Back. It Will Be Brief. Will It Be Better?

Baseball is taking a 100-game haircut. It might be exactly what a stubborn sport needs.

The Big Ten conference on Thursday canceled nonconference athletic competitions including football games due to the coronavirus pandemic and signaled that its whole season may be in jeopardy.

Sen. Kelly Loeffler, a part-owner of the WNBA’s Atlanta Dream, spoke against the league’s support for Black Lives Matter. Now she faces calls from all sides to sell her stake.

Ivy League Says No Sports Until 2021

The Ivy League on Wednesday became the first Division I conference to postpone football and other sports until at least the start of 2021.

The Ivy League Might Take a Pass on Football This Fall

Officials from the Ivy League will announce on Wednesday the status of athletics for the 2020-21 academic year.

This Week Will Decide the Rest of the NBA Season

NBA teams are now traveling to Disney World. This is the league’s best chance to keep the virus out of its bubble.

Kansas City Chiefs quarterback Patrick Mahomes received a record-breaking extension through the 2031 season worth $477 million plus another $30 million in incentives.

MLB team leaders are preaching responsibility to younger players who might underestimate the virus. But some top veterans are opting to stay at home.

Stanford dropped its mascot in 1972. Other college teams followed. Now professional sports are getting the message.

Cleveland’s Major League Baseball franchise, known as the Indians since 1915, said it would consider changing its nickname.

The team will likely be renamed before the 2020 season, say two people familiar with the matter, amid mounting pressure from sponsors and fans. The moniker is commonly seen as a racial slur.

FedEx, the Washington Redskins’ Most Prominent Sponsor, Asks the Team to Change Its Name

FedEx, the Washington Redskins’ most prominent sponsor and the namesake of the NFL team’s stadium, called for the franchise to change its name, a company spokeswoman said.

In recent weeks, universities across the country have conducted an unplanned experiment on whether students can return to campus this fall, using football players and other athletes reporting for voluntary workouts as guinea pigs.

Keepers vs. Changers: An Ohio Town Divided Over the Redskins Nickname

For years, residents have been at odds over Anderson High School’s mascot: the Redskins. The national reckoning on race brought the debate roaring back.

Leagues have hundreds of pages of health and safety protocols. But the great unknown of the sports comeback is what they’ll do if the virus spreads within a team or the league.