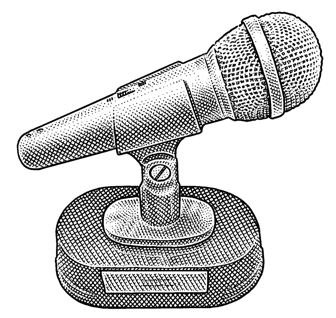 2020欧洲杯APPDive into timely topics with The Wall Street Journal and newsmakers. Members can contribute questions to the live video discussion.

Ask WSJ: The Shocks of 2020 and the American Voter

The coronavirus pandemic, its economic impact, as well as ongoing protests over racial injustice have fundamentally reshaped the terms of the 2020 U.S. presidential and congressional elections. Hear from The Wall Street Journal's Executive Washington Editor Gerald F. Seib and reporters covering the White House and national politics on how the shocks of 2020 may impact November's critical races.

Join The Wall Street Journal's Jason Zweig, author of the popular "The Intelligent Investor" column, as he answers your questions about investing in uncertain times.

2020欧洲杯APPWSJ+ Live brings “Slow Food Fast” right to your kitchen for a masterclass in preparing gourmet food at home. Join award-winning chef Michael Tusk, hosted by WSJ’s Kitty Greenwald and Beth Kracklauer, as they guide you through a simple and elegant recipe for the Roman classic spaghetti alla carbonara. Grab your ingredients ahead of time, cook along and ask questions, as the chef shares his tips for creating restaurant-quality Italian pasta at home. This event is produced by WSJ+.

2020欧洲杯APPJuly 1 marks the 23rd anniversary of Britain's handover of Hong Kong to China, a date that holds increased significance as mainland China takes new legal and enforcement steps in Hong Kong to help China quash anti-Beijing protests. As conflict over Hong Kong increases tensions between China and the U.S., hear from The Wall Street Journal's China Bureau Chief Jonathan Cheng and Hong Kong-based reporter Natasha Khan on what's happening on the ground and where Hong Kong may be headed next.

Ask WSJ: The Return of Sports

Join The Wall Street Journal's Global Sports Editor Bruce Orwall and sports reporters covering the NBA, MLB and college football as they discuss how and when American sports leagues might start competing again.

WSJ+ Live: Reporting on Young People During the Pandemic

How well prepared were younger generations to confront a global pandemic? The Wall Street Journal's new team of reporters, WSJ Noted, spent the last few months interviewing more than 100 young people who have been affected by COVID-19. We'll sit down with the Noted team to learn what their reporting revealed. This event is produced by WSJ+.

2020欧洲杯APPIn the past two weeks, thousands of people around the world have protested police brutality after George Floyd, a black man, was killed by a police officer. Genesee County Sheriff Chris Swanson removed his riot gear and joined protesters during a peaceful demonstration in Flint, Mich., that has gone viral. Hear from Swanson, joined by The Wall Street Journal's New Audiences Chief Ebony Reed, as they discuss how police and communities can and should work together.

This year's U.S. presidential election and the way voters cast their ballots may be unlike any election we've ever had. How are states accounting for voter safety in light of the coronavirus pandemic while ensuring a secure, democratic election process? Hear from The Wall Street Journal's Executive Washington Editor Gerald F. Seib in conversation with National Security Reporter Alexa Corse on how Americans will be voting in this historic presidential election.

Have questions on coronavirus tests, treatments or vaccines? Join The Wall Street Journal’s Health and Science Bureau Chief Stefanie Ilgenfritz in conversation with reporters Brianna Abbott and Jared Hopkins as they share the latest facts about the disease.

Join Sen. Tom Cotton, Republican of Arkansas, in a live conversation with The Wall Street Journal's Executive Washington Editor Gerald F. Seib. Hear from them as they discuss the future of China-U.S. relations in the wake of the coronavirus pandemic.

Ask WSJ: Graduating During the Pandemic

Class of 2020, welcome to the real world. Have a question on graduating into uncertain economic times, finding a job during the pandemic or gaining experience in the absence of internship opportunities? Join The Wall Street Journal for an honest conversation on entering the job market today, and get your questions answered.

2020欧洲杯APPGuidance from government and healthcare officials to “Stay Home” has upended the normal balance of personal and professional life and changed how most of us work, unwind and care for our families. Join WSJ+ for a Q&A with Jason Gay, Richard Rubin and Joanna Stern on how their jobs as journalists have shifted, how they're coping and the tips they've found to stay productive. This event is produced by WSJ+.

2020欧洲杯APPThe coronavirus pandemic is reshaping America's economy and social fabric. WSJ Opinion’s Paul Gigot and Kimberley Strassel discuss the government and business response and what’s next. What are the implications for democracies and the liberal system globally and Sino-American relations? How will the pandemic affect the race for the White House and Congress, now six months away? This event is produced by WSJ Opinion. The Wall Street Journal newsroom was not involved in the creation of this event

Are you a small-business owner trying to manage and operate under new economic realities? Join The Wall Street Journal's Ruth Simon in conversation with two small-business experts as they answer questions about navigating the coronavirus pandemic to emerge safely and on sound financial footing.

Newsmakers Live: A Top Trump Adviser on Reopening and Recovery

Join White House Economic Adviser Kevin Hassett in a live conversation with The Wall Street Journal's Executive Washington Editor Gerald F. Seib as they discuss the U.S.'s path to economic recovery in the aftermath of the coronavirus pandemic.

Ask WSJ: Managing Your Money During the Pandemic

Join The Wall Street Journal's Personal Finance Bureau Chief, Bourree Lam, for a conversation on managing personal debt and negotiating bills during the coronavirus crisis. Reporters Julia Carpenter and Veronica Dagher will take questions on how to take on debt, if you must, and how to communicate with creditors if you're unable to make payments.

2020欧洲杯APPJoin three of The Wall Street Journal's top economics writers for a conversation on the Federal Reserve and its historic actions in the wake of the coronavirus pandemic. Hear from them on how the Fed is redefining central banking and the actions it is taking to finance soaring federal debt.

Ask WSJ: What Life is Like In Wuhan Today

The Wall Street Journal's China Bureau Chief Jonathan Cheng speaks to China Political and Diplomatic Editor Jeremy Page, who has been reporting from Wuhan, the original epicenter of the coronavirus pandemic. Hear from them on what daily life is like now as thousands return to work, as well as how authorities in China are testing for antibodies to try to prevent a second wave of the disease.

2020欧洲杯APPJoin The Wall Street Journal’s Deputy World Coverage Chief Deborah Ball and South Europe Bureau Chief Marcus Walker for a conversation on Italy’s handling of the coronavirus pandemic, what recovery may look like, and lessons the U.S. can learn from other regions dealing with the virus’s economic and societal fallout.

WSJ Opinion: The Coronavirus, America’s Response and the 2020 Election

2020欧洲杯APPThe Covid-19 pandemic will cost thousands of lives and cause a sharp economic recession. WSJ Opinion’s Paul Gigot and Kimberley Strassel, with guests Marie Harf and columnist Karl Rove, join “Opinion Live” to discuss how America is mobilizing against this challenge, the social and economic lockdown, the response from business and governments, and the impact on the election. This event is produced by WSJ Opinion. The Wall Street Journal newsroom was not involved in the creation of this event.

Ask WSJ: What to Know About Small Business Relief and Unemployment

Join New Jersey Governor Phil Murphy and Executive Washington Editor Gerald F. Seib for a discussion on the state’s response to the new coronavirus and the pandemic’s impact on business, health and its residents’ well-being.

Ask WSJ: Coronavirus Stimulus Payments and What They Mean for You

Join Personal Finance Editor Bourree Lam and Tax Policy Reporter Richard Rubin for a discussion on the novel coronavirus stimulus payments and what they mean for you.

Ask WSJ: What to Know About Coronavirus and How to Prepare

Join The Wall Street Journal's Health and Science Bureau Chief Stefanie Ilgenfritz and Senior Writer Betsy McKay in a conversation on the novel coronavirus and its global spread.

2020欧洲杯APPJoin Executive Washington Editor Gerald F. Seib and Senior Video Reporter Shelby Holliday for a discussion about the implications of Super Tuesday and what it means for which Democratic candidate will take on President Trump.

Join The Wall Street Journal's Assistant Editor of Live Journalism Michelle Ma and Management Reporter Lauren Weber as they discuss the changing landscape of disability accommodations at work and how employers are trying to keep up.